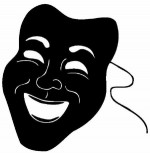 Workshops and coaching for a variety of improvisation and performance skills.

TROY A. MILLER  has been teaching and performing improv since 2002, beginning as an original company member at The Hideout Theatre (Austin, TX). Since then, he’s specialized in producing and directing improvised genre narratives, including the critically acclaimed shows “Hitchcocked!” and “Start Trekkin” (selected to perform at the 40th “Star Trek” Anniversary in Las Vegas), and audience favorites “A Penny Dreadful” (gothic horror) and “Scene of the Crime” (murder mystery). His comedy troupe “Confidence Men” (improvised David Mamet) is a two-time winner of the B. Iden Payne Award for Best Improvisational Theatre (Austin’s version of the Tony’s) and has toured comedy festivals nationwide (including Seattle, Twin Cities, Providence, Kansas City, Vancouver, Boston and New York). He also performs with renowned comedy groups “Brain Trust,” “Danger! Warning! Improv!” and “Junk.” Currently, he tours comedy clubs across Los Angeles with his troupe “Shell Company”.

When not improvising, Troy is an accomplished screenwriter and filmmaker — his feature comedy “Severance” toured film festivals in 2005-2006, and his thriller script “The Hitch” won the 2013 Austin Film Festival and was optioned by Frank Darabont (writer/director of “The Shawshank Redemption”, creator of “The Walking Dead”).

Below is a list of improv workshops I have taught in Austin and at festivals over the last 10 years. They can all be crafted as 2 or 3-hour workshops, or 4-hour master classes. Send me an inquiry for rates, or to discuss a tailor-made workshop or coaching session for your group.

IT’S IMPROV, IT’S FUN! – A beginning level workshop that anyone of any level of experience can take, including no experience whatsoever. Improv above all else should be ridiculously fun, and that’s what you’ll have in this class. You’ll be introduced to several key, fundamental ideas, and employee their use in games and low-pressure scene work. Great for meeting people, as fuel for continued improv study, or a way for more advanced improvisors to get a recharge on the basics. Hey, they’re fundamental for a reason.

JUST DO IT – As improvisors, we often end up spinning our wheels on stage, because we either refuse to make a choice or allow ourselves to not be affected by important moments. This workshop focuses on how to make things happen on stage — whether it be to have our characters change their beginning “charge” (e.g. if I’m angry at first, by the end of the scene I’ll be happy), or by making bold moves to take the action to a new place or time (the future) where the change or resolution can occur.

KEITH SAYS – Keith Johnstone is a fascinating guy. He pioneered a lot of fundamental theories that shape modern improv. He wrote 2 seminal books, dozens of plays, and has taught, lectured and directed theatre around the globe. His wisdom and insights into performance, storytelling and life can be as profound as they are simple. I have been his teaching assistant three times and have written down much of what he has said. This workshop is a chance to hear some of his most recent thoughts, as unfiltered as possible, and workshop some of his core ideas. Expect a fun, playful and immensely valuable experience getting as pure Keith as possible, undiluted by other theories or school-specific spin.

STORY DIVE – Every improv scene tells a story. Every good story has structure. And understanding the structure gives you incredible freedom to tell any kind of story, infusing it with with passion, drama, action, suspense, and ultimately taking your audience on a ride they won’t soon forget. In this workshop, I’ll help you dive into the heart of story, where we’ll explore dramatic beats, character complexity, rising action, and climactic payoff. We’ll look at not only finding self-contained scenic story, but what it means to create a full-length narrative. Your scenes will be richer and your stories more compelling — whether you are an improvisor or storyteller of any kind.

ATTACK OF THE GENRE! – There are myriad genres and sub-genres in the world of literature, theatre and film (romantic zombie comedy, anyone?). Playing genre on stage is great fun, and helps you make strong choices, build rich characters, and tell exciting stories. We’ll workshop how to play in almost any genre (whether you know it well or not) by grabbing on to one or two key ideas, then fleshing out that improvised world through exploration of relationship, mood and environment, and utilizing techniques such as narration, special effects and reversals.

MAESTRO – GORILLA – THEATRESPORTS WORKSHOP – Keith Johnstone believed that theatre could be just as exciting as sports, if you gave the audience players to root for, a sense of competition, and mischief akin to coaches screaming from the sidelines. I’ve directed and played in hundreds of Maestros and scores of Gorilla Theatre and Theatresports shows, having learned and workshopped all of them from the master himself. In this class, I’ll impart key strategies and techniques for game play, strong scene work, side support and directing, while helping to hone your understanding of “shape of show”, so that you’ll have maximum fun and give the audience a roller coaster ride they won’t soon forget.

ALWAYS BE CLOSING — Coming on to stage with something, anything, is one of the hardest hurdles to overcome in improv. Why wait, be hesitant, slog through the mire until you have it? Attack the stage fiercely, latch on to a point of view, and engage your partner with such electricity you hook an audience from the word “go”. Over the course of this workshop, I’ll share techniques and exercises honed from my work with the award-winning “Confidence Men” (Improvised David Mamet) to show you how to be immediately compelling and remain confident and energized for the entire duration you’re on stage.

“NO” CAN MEAN “YES” — Improv teaches us to say “yes” to train ourselves to be positive in the scene so we have places to go, because our default is conflict and stasis. BUT… once we have internalized this concept, we can take the training wheels off and actually say “no” on stage… and still make a healthy scene that is full of life, laughs, joyful improvisors, and dramatic intensity. This workshop will explore the notion that you can say “no” to your partner, but still say “yes” to the scene, by going for truth. Learn how to navigate through conflict, latch on to important ideas, continuously raise the stakes, and see the arc of the story unfold in front of you.

DANGEROUS IMPROV – Your improv is like a caged beast, hungry and dying to get out. So why not let it loose? Employing philosophies, exercises and techniques honed in his acclaimed genre and duo improv work, I’ll guide you in the art of playing multiple characters and character switching, stage intimacy and violence, cinema-like storytelling, naive game play and more, all designed to keep you dancing on the edge of disaster by making your improv as risky as possible… cuz that’s where the fun is (for you and the audience). Think you can handle it? Well, you can’t — but sign up anyway.

SUSPENSE! – Are you a “talky” improvisor? Do you find yourself not moving much on stage? Does panic rise up inside you at that moment you realize you’ve got nothing? Or quite simply, would you like to create a scene so loaded with subtext that the audience is on the edge of their seat, hanging on your every word or action? I like to think of “suspense” in improv as the space between and under what our characters say. This workshop will help you embrace and actively use silence, movement, and economy of words to slow you down and ground you in the moment. It will help you develop a keen awareness of where the “heat” in the scene is, when to stick in the proverbial knife, and how to keep twisting it (i.e. ratcheting up the tension) to supremely grip and delight the audience.

YOU ARE THE DIRECTOR – Whether acting as the Director of live-on-stage improv show (like Keith Johnstone’s “Gorilla Theatre”, “Maestro”, or other such styles), directing your fellow improvisors in rehearsal, or directing your own actions as a performer, this workshop can guide you through how to analyze a scene in the blink of an eye, make strong choices, create energy and narrative arc, and find the right moment of conclusion. With stronger analytical skills, you will take your improv and storytelling to a whole new level.

DUO PROV – Improv duos can be the most challenging and rewarding configurations to play in as a performer. You can never check out, constantly having to read the scene and the larger show, and be ready to make moves that will take the action somewhere new and unexpected. When fully energized and engaged, two people can whisk the audience away on a unique ride they’ll never forget. If you have an improv duo or would like to create one, sign up for this workshop with your partner, and I’ll work philosophies and techniques employed in my acclaimed improv duos “Ball & Chain” and “Danger! Warning! Improv!” to help your duo achieve maximum connection, playfulness and audience engagement.